As of mid-June, I'm leaving Nokia/HERE and joining Right Hand Robotics; it's both a long-overdue return to the startup world *and* a long overdue career change - though I'll certainly be applying lots of software experience, fundamentally they *build actual things* which will be quite a shift.  I'm very excited, the overall enthusiasm level at Right Hand is tremendous.

This also means I'll be spending time around Cambridge again, but most of it will be working :-) 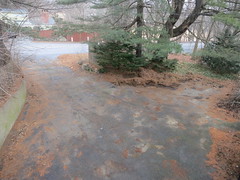 As the entire world has figured out (I've even seen a translation of the press release in what I think was Thai) MetaCarta has been acquired by Nokia. This is a positive, even rewarding, thing... Nokia brings lots of resources to the table, and is building a global geographic search service ( http://maps.ovi.com/ - no, you probably *haven't* heard of it, at least if you live in the US, but they do own NavTeq...) (ovi is Finnish for "door") and MetaCarta's team and technology will be an interesting and even important part of that.

Of course, the last time I worked for a company with more than 150 people was HP/Apollo, an experience which contributed somewhat to my working only for small startups for the last 18 years :-) But this is a new century, and the part of Nokia we're plugging in to seems to "get it" in ways that are unexpected for a large multinational with a somewhat diverse set of products... so we'll see how that goes.

Even before the acquisition, this has lead to more travel for me (a week in Berlin talking to their engineers and exploring the city, for starters.) Since we're working mostly with people in Berlin (not Espoo) there may be more of that in my future.

(On a related note: at this point, 3 of the 4 IP lawyers I've interacted with professionally are tall and blonde. That's not enough to extrapolate from, of course :-)

While I'm here - after seeing a poster session at Pycon (in Atlanta, mmm more travel, mmm ribs) about the Georgia Tech CS-through-python-and-robots curriculum, I picked up the textbook (and the toys :-) and started working through it, in order to finally put some structure to my robot-related flailing, aiming towards something more real than a magpie-like accumulation of robot hardware. We'll see how that goes; if nothing else, it's entirely non-work-related (Nokia owned Puma for a while, but got out of robotics altogether in the early 90's.)

On the photography side of things - Amazon had a very deep discount on the Canon Rebel XS just before Christmas, so I took the opportunity to see "just what is the deal with DSLRs anyway". My conclusions so far are that they're great for fast wildlife shooting (with an appropriately large lens - I'm staying on the edge of the slippery slope and only using the 18-55 kit lens and the widely recommended 55-250, which still disappoint me in terms of reach compared to the superzooms) and they're *wretched* for anything more casual than that - mirror noise makes them unsuitable for shooting at conferences or lectures, limited live-view makes them useless for shooting "drive by" when your attention is primarily on something other than the camera. I didn't bring the Rebel to Pycon (mostly indoor lectures, plus the hassle of airports, made the SX10IS a much better choice) but now that it is Spring (and I have taken 4400 shots with it) I am taking it out for bird and wildlife photography.

One last bit: http://www.flickr.com/photos/eichin/sets/72157622977363009/ is my first "exhibition"! Small, ad-hoc, and amateur - after talking with the owner of the new coffeeshop in my building (Central Brew) about the photography I do (and the camera I *always* carry/wear) he asked if I wanted to put up some pictures. They've been up since January - I've actually been asked for some Spring pictures to replace them with, so I'll have to make some new choices - it's just nice to have some independent indication that maybe I'm getting the hang of this :-)

Since our last episode, I've upgraded cameras again - Canon finally came out with a 20x superzoom, and even after using the SP-550UZ and SP-570UZ for over a year, I'm still happier with the Canon UI. Also, Canon's autofocus algorithms work much better for me (I've gotten far more bird-in-tree shots without needing to resort to manual focus... only the catbird, and sometimes the cardinal, linger long enough for that to be worth the trouble :-)

More recently, that's gotten my shots of my first eagle

and closer to home, first moorhen

and close shots of a tree swallow.

(the latter was accessible because I'm still going out in

Taza Chocolate factory in Somerville ("over by the junkyards and car shops" :-)

Went to Pycon in Chicago again this spring, but it looks like I didn't get around to posting those pictures; shooting 45 pictures/day (since 1 January - 55/day since 1 April, weather matters though the birdfeeders really helped this winter) it's sometimes difficult to keep up with the tagging - though maybe I have enough data to build a bird-recognizer now. (Working "near" NLP gives me a new appreciation for what computational modelling can do - heck, my camera can identify multiple human faces in a picture, and iPhoto (which I can't actually use) can match them... so it should be at least possible to do at the level of "hmm, you've got 300 heron pictures here, I bet this is another one"...)

Speaking of work, MetaCarta is still around; we've even got an open req (in Marketing, not engineering, sorry) and recent funding (as well as, of course, actual customers :-) Poking around on LinkedIn (while setting up my Google Profile) reminds me that I've been on this project for over 7 years now, which is an unusual level of attention span for me :-) 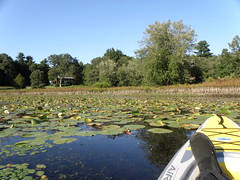 Experience with the little packraft last year convinced me I wanted something that was a little more boat and a little less portable; thus the Airis Sport 11 above, full scale inflatable kayak - weighs as much as a fiberglass one, but fits in it's own custom backpack that fits the back seat of the Mini :-)

On the camera side, I'm still averaging a little under a hundred pictures a day (mostly weekend bursts but starting my weekdays dragonfly-hunting in the front yard helps too) and I've abused the SP-550UZ enough to need to get it repaired twice now; it's due for a third, Canon's photokina announcements disappointed me, so I'm now using the SP-570UZ. A little bulkier, so it has MORE BUTTONS which turned out to make things like manual focus easier to get to - but the 20x lens really provided enough additional "reach" (in terms of, for example, picking up a turtle in this

picture that I didn't notice in person) that I'm happy with the extra size, even if it is always on me.)

with kphotoalbum for captioning and tagging, and a handful of python scripts to sort and upload. Yay cheap hard drives :-)

I've also gotten more adventurous about going places with picture taking specifically in mind; aside from the regular trips to local wildlife hotspots, this year I've been to Chicago

. (So also "yay cheap 16G SDHC cards"... everything else is getting more compact and portable/nomad-friendly - but not bandwidth...)

Of course, I haven't gotten any better at writing more often :-) 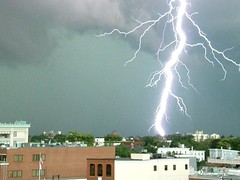 p100-6240129-00000435
Originally uploaded by Mark Eichin
Over a year with the SP550UZ and I'm still learning new tricks with it... or at least interesting ways to cheat :-) I'm also still more likely to spend any given Saturday taking 300 pictures than hacking - and yet I've actually built more personal code and tools in the last year than in many previous ones. Maybe I really am getting a bit more organized. A little. Riiiight...

(Yeah, yeah, organized hasn't included posting more than a couple of times a year, either :-) 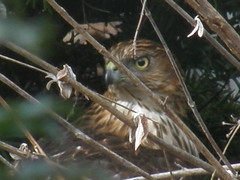 p100-4051179
Originally uploaded by Mark Eichin
One of the reasons I've stuck with smaller cameras instead of going DSLR is that I've felt that the really interesting pictures are more a result of opportunity than hardware - and having a camera always on hand has more value than the extremes of shooting range.


This shot demonstrates that :-) This juvenile hawk was under an evergreen bush on my front sidewalk; I was eating breakfast and saw a pair of cardinals come screaming out of a bush, saw some movement below, and realized suddenly "that's not a squirrel..."


(I am looking forward to the actual return of spring, but the birds in my yard seem convinced that it's already here :-)

I was reminded by catching up with people at the cider party that I haven't updated in rather a while... so: 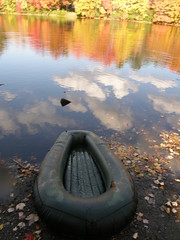 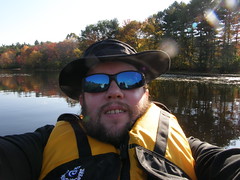 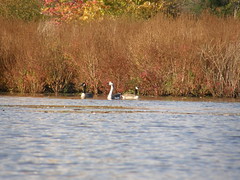 Finally got ahold of a boat! Just a tiny little one, but it's enough to get me out on the calm bodies of water around here so I can get at the marshes and photograph things that I can't otherwise reach via land. (This will include the Sudbury River, which is often described as "a long narrow lake" by boaters looking for more excitement...) It's nice having an alternate mode of transportation that, including all safety gear, packs easily in the trunk of the Mini :-)

The improved "reach" of the little Olympus has really gotten me to shoot more. Significantly more. As in, about a hundred pictures a day (skewed towards the weekends, but I rarely take fewer than 25 pictures on a random weekday.) Passed the twelve thousand picture mark some time last week...

As usual, MetaCarta is hiring - my second "spinoff" (full time release engineer) is succeeding well enough that I'm spending more than half of my time actually coding now - but we are growing in many other areas, not just "stuff Mark used to do" :-) (And as you can see from flickr I've had my weekends free for rather a long time now...) 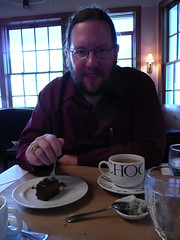 p1020343
Originally uploaded by Mark Eichin
Off to scenic New Hampshire... L. A. Burdick's original cafe/restaurant is in Walpole, NH (where Larry Burdick himself lives and works :-) Then off to a fun Suzanne Vega concert (even if she didn't play my favorite song, she made the fans in the audience pretty happy... sadly, it being a benefit concert, there seemed to be a lot of people who were there because it was the thing to do, and she seemed a little nervous about that. But she still has The Voice :-)

MetaCarta is growing and needs more engineers! Formal job descriptions are elsewhere, but my version of the details is behind the cut (since posting here has turned up people before...)
( Collapse )

Send me email at work if you're interested in any of these; if you include a resume, make it plain text - PDF is ok but will annoy me a little; any other binary format will be discarded unread :-)
Collapse