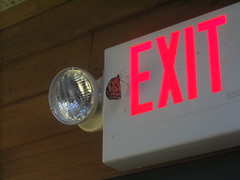 kicx6564
Originally uploaded by Mark Eichin.
Gee, I haven't posted in over a month. Time to fix that. As an excuse, work has been both captivating and busy, we've brought some cool new people on board, but there are some things we're still looking for. There's a particularly hard-to-fill windows/linux crossbreed position, which includes security responsibilities; we're also starting to look for someone who can take over my release engineering responsibilities, because they're a lot more well-defined than they used to be, and I'm getting some advanced research projects put on my plate (we're still working out the details of that one, but if Debian! Releng/sysadmin! scripting! Shipping Products! Attention to Detail! gets your attention, get in touch with me at work...)

Got another chance to go to Magic Wings, which is less overwhelming when it isn't summer time, but is still impressive. (Probably still better to go on sunny days than cloudy ones, though.) The picture here is some random butterfly perched on the exit sign...