I'm back and just about over the jetlag... and since I'm now a year behind on Iceland stories, I figure I should at least get some of the Spain stories down now...

Instead of going to EuroPython this year (it's next week, in Vilnius) I arranged my habitual two weeks in Sweden to overlap with Jesse and Kaia's "elopement". That's a fascinating story told elsewhere and a few hundred pictures over on flickr. Barcelona seems to be a nice and well-behaved city; even the less pleasant parts merely reminded me of Brooklyn :-)

Since I don't actually like cities to start with, Laura found a British couple who do casual bird-watching tours of the Ebro Delta. I've only posted about a dozen of the nearly seven hundred pictures I took that day (mmm, eyestrain... and when I was back in the hotel with a cold facerag over my eyes, I *still* saw flapping wings in various configurations :-) The delta has a fascinating collision of ecosystems - on the one hand, you have the Mediterranean and the brackish mixture of that with the mouth of Ebro river; on the other hand, you have vast rice paddies irrigated with fresh water drawn by canal from far upstream on the Ebro. In between, lagoons and marshes, and a range of nature preserves easily reachable over the course of the day. Sightings included night heron, coot, flamingo, swallow (nesting *in* one of the bird-viewing blinds :-) tern nests, bittern, purple heron, avocet (and chicks), various ducks and ducklings, egret, mundane and exotic gulls, and some fish. Plenty of long-lens work, as well as occasional closeups (the night heron seemed pretty fearless, as well as entirely uncamouflaged.)

Also of minor note, I didn't bring a laptop to Spain, just a somewhat-obsolete Archos PMA430 "image tank" with wifi. This served pretty well, running OpenPMA but that wasn't much of a challenge - all that actually needed was USB Host support and rsync, I didn't do any captioning until I was back in Sweden (and much of it I deferred until the flight back to the US.) 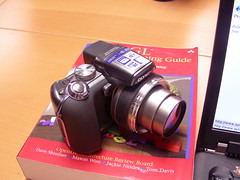 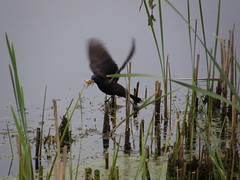 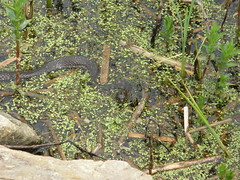 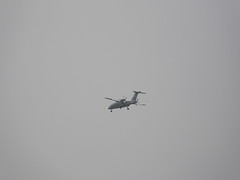 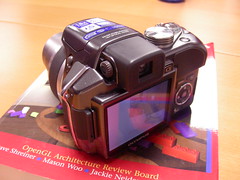 New toy - Olympus SP-550UZ. 18x zoom. I'm now a lot closer to "if I can see it I can shoot it" while still having a camera that I can have on me most of the time... only two downsides: xD cards are evil and I've been enjoying it so much that I've been spending time with the camera that I probably should be spending on other things... I tried to read the first few chapters of RESTful Web Services, enjoyed the introduction, got a few pages in to chapter one - and then went for a 3 mile hike in the rain, and found it to be a better choice, simply due to finding this and this in the middle of nowhere. This is more than just new-toy-glow, I'm averaging 80 pictures a day and far more of them make it to flickr than before.

It was definitely worth not waiting for the Canon S5-IS (the announcement of which was why I was open to looking at a larger camera.) I've even changed some of my summer plans to be more photo-oriented (not entirely because of this, but it was a real influence.)

Great Meadows NWR turns out to be a pretty good place to watch planes going into Hanscom (BED) while also observing nature; the Piaggio "pusher" above is probably more unusual and distinctive than most of the critters I saw that day :-)

Last weekend, it was raining... and had been raining for a long time... classic gloomy New England winter-isn't-quite-done spring weather (though the last weekend in April is pretty late in the year for this kind of thing.) 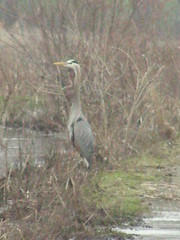 Saturday, stayed inside and hacked. Sunday, decided I'd had enough of this, it wasn't raining all that much and I should at least get out and have lunch. Did my usual trip over to Ice House Pond (got some good reflection pictures, a cloudy sky is interesting for that, but nothing exciting.) Couldn't get up the motivation to do one of the farther-away hikes, so I went over to Great Meadows instead, to see if it was less flooded. Turned out it was, and that meant I got pictures of a Blue Heron and some muskrats up close, along with a nesting goose. I think that was pretty successful, for a visit to an otherwise inaccessible park. 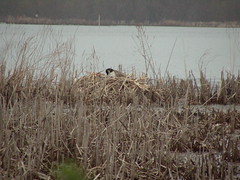 On the way home, I realized that there was still some light, and that it was gloomy and wet enough that the Old North Bridge, the biggest non-shopping tourist destination in Concord, would probably be empty, and that the bridge might be good for getting more wildlife pictures (I've seen ducks and turtles there before.) Sure enough, the parking lot was nearly empty and partly flooded. I waited out a brief "real" downpour, and headed in to the park. Lots of flooding, mostly geese in the river, not that many people around so I got some good angles on the bridge itself.

If you look carefully along the left edge of that picture, you'll see a person standing next to the Minuteman Statue. He saw me taking pictures, and walked over with a camcorder on a tripod, and said roughly "I'm shooting a music video - just a little thing to put up on youtube, I'm an aspiring country singer from Boston - could you take some shots of me with this?"

After pointing out that while I knew the equipment, I didn't actually have any real experience shooting video, I took the camera and did some angles, some zooming, some closeups... listening to the singing and the lyrics (mostly the word "despair" :-) he'd certainly chosen a suitable setting for it. I figured at least he'd be able to use some of the guitar-strumming closeups. 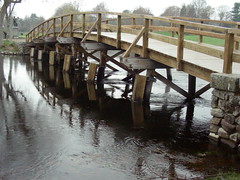 Turns out that, behold the power of modern video editing, a fair bit of it turned out to be useful (it's also up on the artists' own site.) Basically the entire section with him walking onto the bridge, up to the four-frame dancing insert (except for the little reflected-goose interlude) was my shooting. 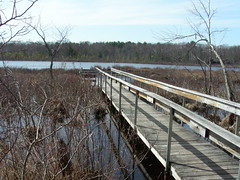 dscn104-5918
Originally uploaded by Mark Eichin.
The rain finally stopped and we had a perfect day for taking pictures of wildlife (see here, and surrounding pictures over on flickr.)

Work has been busy but much less stressful - we hired a sufficiently experienced release engineer that I've been able to "let go with both hands" and focus on long overdue design projects (a good reminder that I'm actually pretty good at those... if I can focus all of my attention on them; I really can't be doing anything else in parallel...)

Best Recent License Plate: N2D. (Took me about a quarter mile additional driving to realize that it could be NERD in I18N-speak :-)

Best Recent Music: soundtrack to Wicked, especially track 4.
("What is this feeling, so sudden and new...")

Best Recent Scientific Factoid: Canadian Geese exist in sweden, but the entire population is so inbred that DNA testing fails to be able to determine parentage. 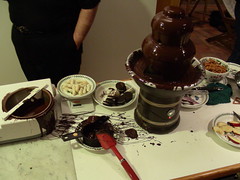 dscn104-4838
Originally uploaded by Mark Eichin.
St. Ek-Chuah's day party went well; the fountain was a huge success, and turns out to be pretty easy to clean up after. Got to meet some new people, and see some old friends I only seem to see at this party, so I'd better keep having it :-)

Sleep would be good now...

The new release engineer didn't work out, so either I need a new minion, or I need to figure out a way for us to do a lot less release engineering. ("custom appliance" isn't a solved problem yet, though it looks like rpath is trying...) 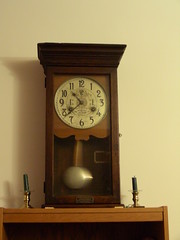 dscn101-4308
Originally uploaded by Mark Eichin.
Any ideas how to calibrate one of these? This one is gaining at least 10 minutes a day. 8.01 is too long ago for me to remember the relationship between the mass on a pendulum and its period, but that is something that is adjustable here.

(I'm also pondering ways to automate it; right now it needs winding about once a week. But I don't want to modify it significantly...) 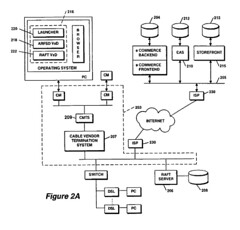 Apparently the owner of the wreckage of Arepa managed to flog through the third patent application this spring, so after 6 years, Patent 7,017,188 got issued, with my name on it. I'm pretty sure that was the last of the applications.

Other than the flashbacks from reading the attached drawings (RAFT, ARFSD, Activators... it looks like "Briq" got mangled into "brig" though) there isn't really anything useful to get out of this... other than the anecdotal point that every time I ego-surf a new search engine, I actually learn something, which I really didn't expect this time :-)
Collapse